Did Mario Balotelli really walk into the Manchester University library and offer to pay all outstanding fines?

Description:I have heard another rumour relating to Mario Balotelli’s generosity – is it true?
Alex Blower:

Yes, according to reports Mario Balotelli was spotting on The University of Manchester campus early on the afternoon of Tuesday January 17th.

Balotelli reportedly walked into the John Rylands Library on the campus and attempted to settle the total bill of all the late book fines in the library.

Unfortunately, library staff said they had to refuse his generosity with all debts remaining in place.

Scholars on campus have jokingly requested that Balotelli now settle their student debt. 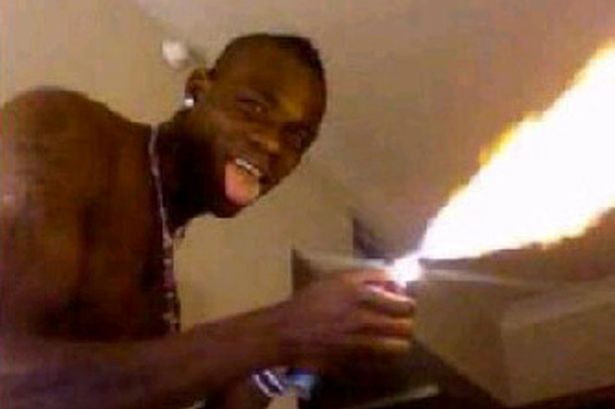 Yes, Mario Balotelli was pictured using a “flamethrower” made from an aerosol can and lighter, this week. The image was captured after the Manchester City forward moved into a luxury hotel suite.
The image was taken in the Manchester Hilton and comes after the star was recently involved in an incident that saw his home burnt down after he let off fireworks indoors. 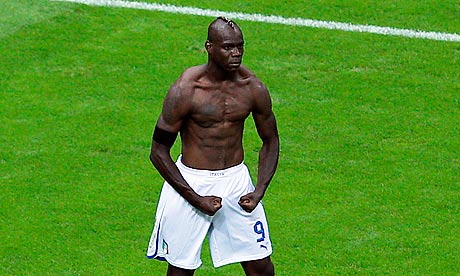 Is Mario Balotelli paying for a statue of himself to be made?

Former Manchester City and current AC Milan striker Mario Balotelli is reportedly paying to have a statue of himself made.

Local Milan artist Livio Scarpella has reportedly been commissioned by Mario Balotelli to sculpt a statue in honour of the AC Milan and ex-Manchester City star.
As  Ms Scarpella explained in an interview with the Il Gionale di Brescia the striker is eager to “immortalise” himself.
“I have received the commission, but I’ve never met Balotelli so I am working from photos,” she said.
“I presented several drawings but Mario wanted to be immortalised in a pose that shows him having scored a goal, highlighting his muscles and with an expression of defiance.
“I have imagined him as an athlete from ancient times and the statue will be a mix of classical and pop style in platinum and coloured bronze with the eyes made of stones.”
Many expect the statue to depict the pose taken by Balotelli following his second goal for Italy in the semi-final of Euro 2012. 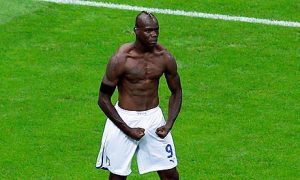