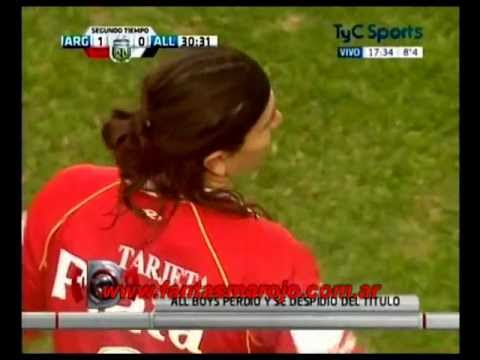 Were six players sent off in a recent Argentinean league game?

Six players were reportedly sold in a Primera division match in Argentina – what happened?

All Boys had four players sent off, including three straight red cards, while Argentinos Junior were only reduced to nine men. Things started to turn ugly after just 16 minutes, when All Boys defender Jonathan Ferrari collected his second yellow card in space of three minutes .

Argentinos Juniors’ German Basualdo was the next man to go, early in the second half, before Eduardo Dominguez saw red for All Boys.

The next red card went to Argentinos Juniors match-winner Juan Jose Morales, who was sent off after receiving a two fast yellow cards after being first booked for a taking his shirt off when scoring and then for a tackle from behind.